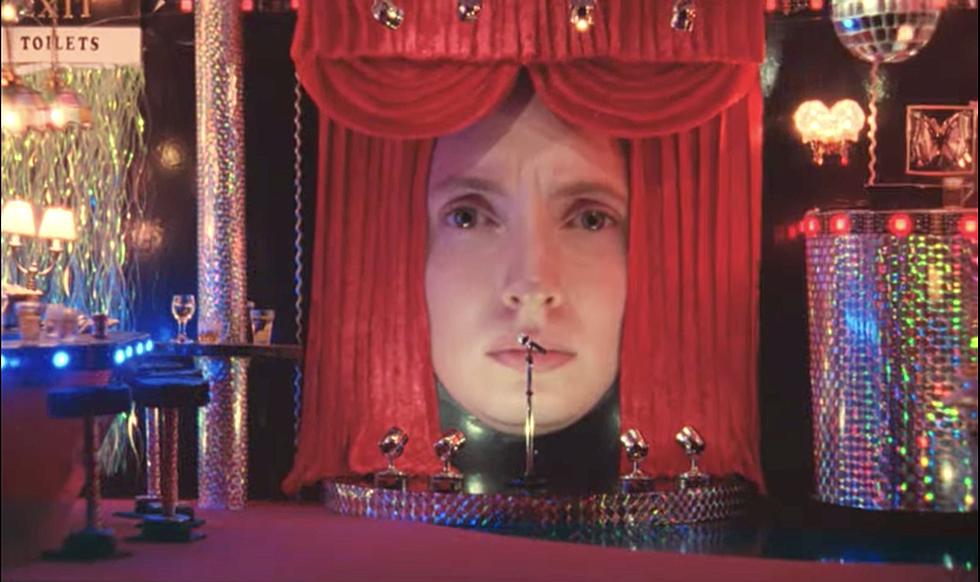 I told you I'd be back. It took a while to get all of you migrated over here from substack (which I decided to leave for ethical reasons, and because I believe in trans liberation), but if I've done everything right, you should be getting this mail in your inbox as usual. It's good to be back!

Anyway, back to business...

The completionist in me is positively seething at beginning a new monthly series four months into the year, but here were are. These are some new releases that caught my eye this month, as well as a few honoury mentions from the previous four months.

The minute I heard this song I thought, "oh that sounds a bit like that 1975 song which, in turn, sounds like a Busted song". Turns out this was co-written by Matty Healy which, when you listen to it, should have been pretty obvious from the get-go. Anyway, I just love this sugary-sweet slice of pop nostalgia. I'm late to the Beebadoobe party but I've arrived – and I'm older than everyone here.

With five more re-releases like this one ahead, the whole thing will probably get old for those outside the standom pretty soon. But you can't deny that it's fun to do a side-by-side comparison of "Love Story" and play spot the difference. The drum fill at the end of the second chorus caught me off guard on the new version, and I was positively giddy.

Earlier this month I joined Sean Rocks and John Meaghar on RTÉ Arena to review the record (as well as the beautiful new album from Rhiannon Giddens and Francesco Turrisi). Take a listen back here.

I always love when Orla Gartland leans into a fuller-band sound, and here she's doing that bravely and brilliantly. She's taking a shot at toxic male emotional repression, and hitting right between the eyes.

This really is the best of both of these artists – the lyrical prowess of Murli and the gorgeous atmosphere of Kobina. Two of Ireand's best producers producing some of Ireland's best. Makes sense.

An unfortunatley named band for SEO purposes (a Google search of the band's name will probably return more stories about Beyoncé's troupe of loyal fans than much of this Philledelphia three-piece) who apparently have a reputation as being "your favourite band's favourite band". Nonetheless, this sophmore record is an ecclectic collection of old commercial samples, stream-of-consciousness lyric writing and dark, dancable tunes. Don't let the assaunt of opening track "ENTERTAINMENT" put you off initially, you'll grow to love it with repeated listens.

House Plants, "What's With All The Pine?" (Single)

Here's something weird: I have a plant in my apartment named after Daithí. He's a fiddle-leaf fig plant (fiddle, see?), and during zoom drinks with a few people last week I introduced Daithí (the plant) to Daithí (the musician and human boy). I didn't know that he was gearing up to launch a new project with Paul Noonan called House Plants, and that the following week they would be releasing this gorgeous tune, just wanted them to meet. I'm not saying I manifested this, but I'm not saying I didn't either.

A seriously strong debut from these South-London post-rockers, elevated above the rest of this bourgeoning scene by Florence Shaw's sardonic, surrealist musings. Guitar, bass and drums support with wonky riffs, produced to glorious effect by John Parish (PJ Harvey, Aldous Harding), to create a finished product that is at once gleaming and downright filthy. Album of the month.

Check out the album on Bandcamp and Spotify. The band's performance on KEXP is well worth a look too -- just impossibly cool.

Another incredible post-punk debut record out of London, joining Dry Cleaning among the best of the year so far. This seven piece boasts sax, keys and violin as part of the line-up, giving way to a sound that ranges from cinematic ("Science Fair") to hushed ("Track X") to complete modal entropy ("Sunglasses"). Isaac Wood's slight vocal warble adds an anxious edge layer to lyrics like "I am invincible in these sunglasses, I am a modern Scott Walker". And you have to respect a band that credits it's Unsplash photographer on the album cover. Classy.

I'm very grateful to my friend Dean Van Ngyuen for highlighting this record as part of his Cowboy Bebop series, in which he highlights Asian pop, rock, and jazz albums. "Glowing Tokyo Indie Rock" is what he called it, and that's exactly what it is. Ecclectic pop beats, dreamy guitars and melodies for days. Check out Dean's piece (and subscribe to his newsletter) here.

Thank you for reading Andrea's newsletter. The post you read today is free, but paying subs get access to more playlists and writing. I would be forever grateful if you would consider supporting this newsletter for €5 per month. Freelancing is tough right now, and every bit of support allows me to keep writing x

Here's your playlist, you filthy animals.