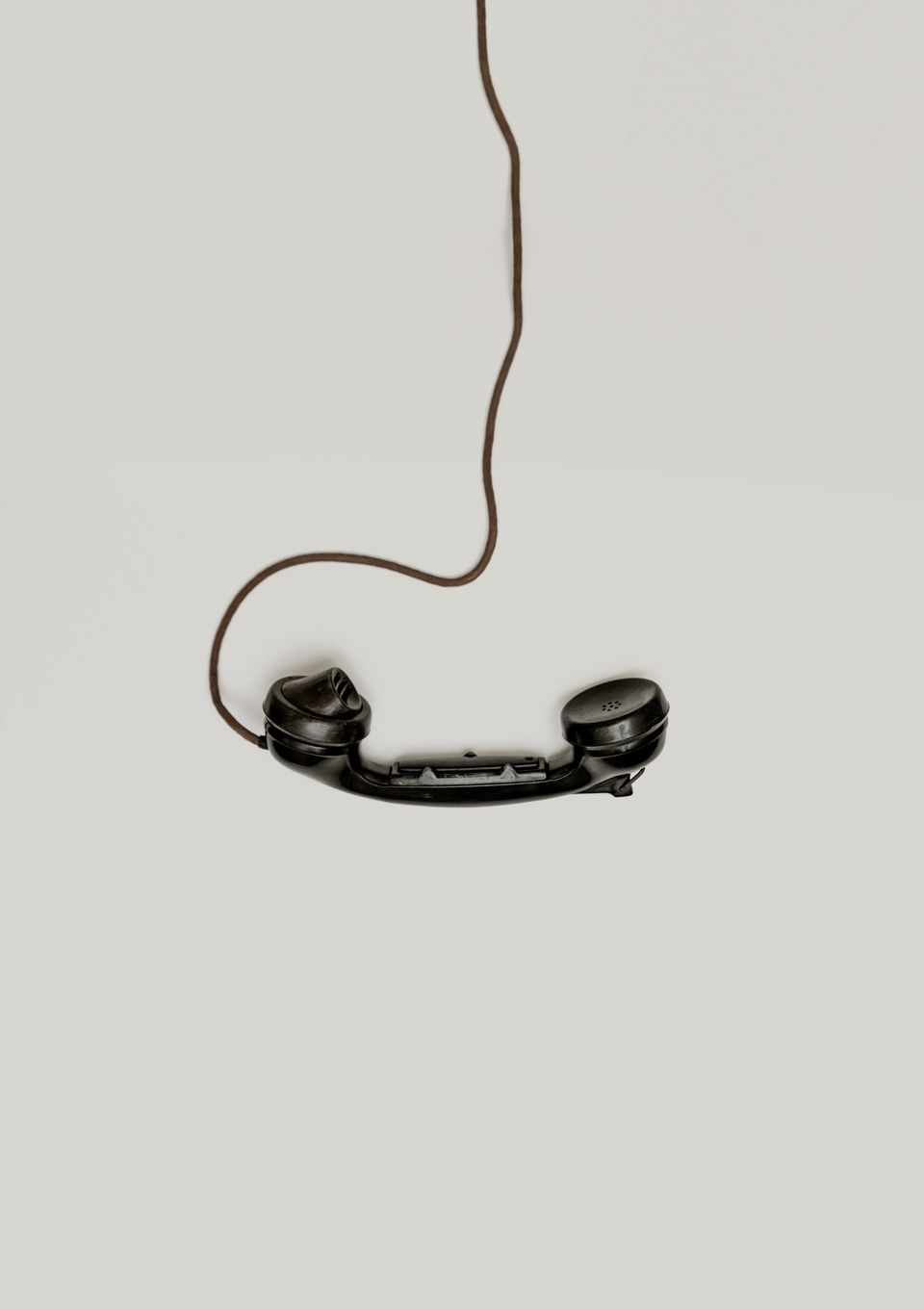 I’ve been listening to Maria Kelly’s new album this week. Besides being a beautiful collection of introspective, intelligent songs, I found myself moved by the use of voice notes on the album. At the beginning of the song Martha, for instance, a voice note plays: it might be the end of the world but, like, it’s fine. It holds a shaky kind of confidence, that things will be okay because they have to be. Before a moment of self-awareness at the end of the song when the voice returns to say: don’t panic... you can tell by the sound of my voice that I’m panicking.

Before Someone Else, a man’s voice advises that there’s only a certain amount of things you can control, one of them being how you feel. You are literally stressing yourself out for nothing. If you’d told me that was a message I received from a friend this year I would have believed you.

Notes like these have passed through the ether over the past eighteen months; things that are easier said in this transient format than over the phone, or across a two-metre divide. They’re messages in a bottle, capturing a moment in time when you wanted nothing more than to tell something to a friend -- that you’re afraid, or anxious; that you’re excited; that you just heard something funny and couldn’t wait to tell someone -- with no expectation for anything in return, just a recipient who is willing to listen, to press the little play button and let your thoughts find a home.

A cynic might point to the prevalence of voice notes, particularly in millenial friendships, as evidence that we’re unable to communicate meaningfully with one another. That all this texting and scrolling and liking has stripped us of our ability to look each other in the eye, or down the phone, and say something real. But some of the deepest, most meaningful conversations I’ve had have been through this medium. I’ve strengthened friendships, formed new ones, reconnected, apologised, laughed, cried and talked complete shit through these ethereal notes. Nothing makes me happier than the words “Oh my God, I can’t believe I’ve gone on for ten minutes, sorry!”

Perhaps the cynics are right because I do struggle to get into the weeds while spending real-life time with friends. That time, especially these days, is so precious, so filled with the elation of the thing that I find myself unwilling to spend a moment of it on sadness. Voice notes don’t intrude on anyone’s time; we choose when to listen, we make rituals, we can have late-night conversations while one of us is asleep. We can say the thing, the real thing, that we couldn’t before.

On his 2020 album All The Leaves Are Falling, Nealo used voice notes to a similar effect. On Red Tree Interlude, he speaks for almost 4 minutes about a memory from his time in Canada, when he woke up one morning to see a tree whose leaves had all blown off overnight. The image, which formed the central theme of the album, has a dream-like quality and demands introspection. It reminds me of voice notes I send to friends from time to time, usually after something comically terrible or ironic has happened in my life, in which I try to rid myself of the moment by exclaiming “this is not a metaphor!”. What Nealo does -- what I’m rarely brave enough to do -- is to identify a time when something is reaching out, when it is actually a metaphor. It might have been beautifully portrayed in a song, but there’s something that speaks so much more to the immediacy of the image in hearing him pick up the phone to tell it in a voice note to a friend.

Sorry that I haven’t gotten back to you in a while. I’ve been in a bit of a rut, but I feel like it’s lifting today at least. That’s another note on Maria Kelly’s album which, more than any other, probably speaks best to how I feel about the power of these little notes. You can feel the time passing between the conversation; time to consider, properly, and reflect on the words said. It stretches conversations out over long periods of time, during which life is happening on both sides. It doesn’t matter that it’s been a day, a week, a month; there is unwritten permission that each one of us is allowed to take our time, to think about what we’re saying, and to express it without interruption. In many ways it’s like therapy -- there’s an agreement that this little portion of time has been carved out just for you, and that you will do the same in return.

This is a time of year that I hold dear. A time for taking stock, getting my metaphorical house in order, for reaching out and staying in. I’ll always follow whatever calendar is instilled in us that makes September feel like a new year. Like the leaves blowing off the trees are making way for something new. But in the meantime, we collect and gather our stores, retreat inside, and send out messages from the warmth. This month’s playlist is a collection of songs from across this spectrum: doubt, hope, warmth, light, new beginnings, goodbyes, time alone. I hope you enjoy it.

If you haven't yet, why not have a listen to season one of my new podcast, My Favourite album, available here on apple and spotify. I'm still hosting away alongside Nialler for the Nialler9 podcast. Thanks to everyone who supports this newsletter: I am back to regular monthly letters now, so expect me in your inbox again soon.